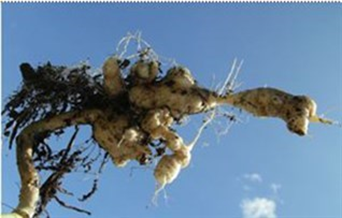 The County of Two Hills No. 21 Clubroot Policy is intended to assist in the control and spread of clubroot of crucifers in the municipality. Random inspections will be conducted by the Agricultural Fieldman, Assistant Agricultural Fieldman or by an Inspector appointed by the County of Two Hills. Positive identification of clubroot will be obtained by a laboratory test.

Landowners will be notified in writing if their land tests positive and a Pest Notice will be issued.

To learn where Clubroot has been found in the County of Two Hills download the maps below:

Individual fields that have tested positive for clubroot in the county are listed below. The year the Pest Notice becomes inactive is in parenthesis.

Clubroot is a serious soil-borne disease of cruciferous crops such as:

Clubroot is caused by the pathogen Plasmodiophora brassicae which infects the roots of susceptible crops. In canola, it causes swellings or galls to form on the roots. Infection at the seedling stage can result in wilting, stunting and yellowing symptoms by the late rosette to early podding stage, while premature ripening or death can be observed in plants nearing maturity. Plants infected at later growth stages may not show wilting, stunting or yellowing, but may still ripen prematurely, and seeds may shrivel, thus reducing yield and quality. At the end of the season, the galls break down into the soil releasing millions of new spores and the cycle continues. 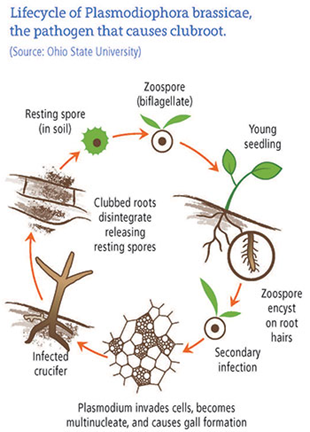 Currently, there are no economical control measures that can remove this pathogen from a field once it has become infested.  Preventing the spread of clubroot spores through contaminated soil movement is critical to managing this disease.

Clubroot spores move readily with any soil movement. The primary mode of transportation is field-to-field by contaminated equipment. It can also move through wind, water, soil erosion and animals.

Clubroot spores can live in the soil for up to 20 years. The half-life of these spores is about four years - after four years, if there is no host available, half of the spores will no longer be viable. Tight canola rotations (1 in 2 year) allow for quick development of the disease once it has been introduced in the soil. Long rotations (1 in 4) are recommended to prevent disease development and to protect the breakdown of resistant traits in clubroot resistant canola varieties.

The following management practices are recommended in the Alberta Clubroot Management Plan: 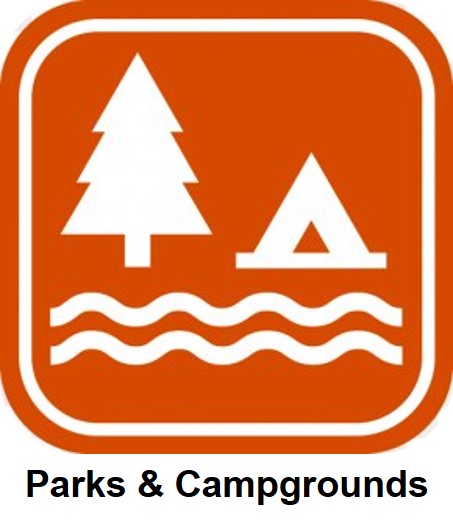 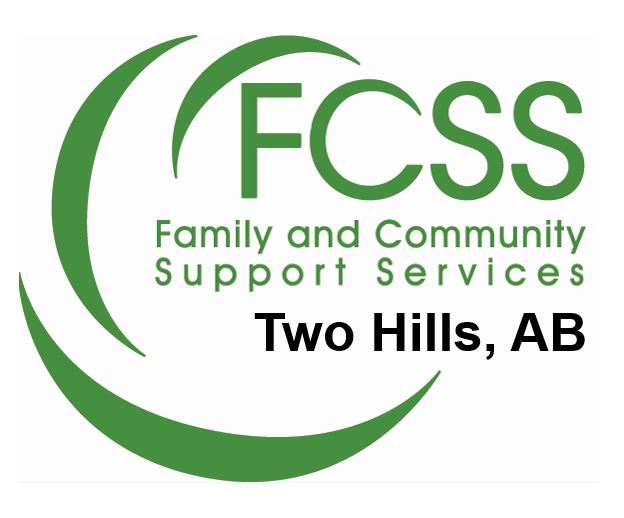